It´s September 2014. I woke up hangover and saw myself in the mirror a flashback hits me harder than a punch in the face. The biting marks on my neck remind me of the night before. It all started with a party.

I was in a bar with colleagues from work. One of them was celebrating his birthday. We had so many shots I actually lost count. I remember flirting with another colleague, and sending some messages over the phone even though we were in the same bar. And then things started to get blurry. I was really drunk, I don´t remember how I got back to my hotel room. Luckily they had a designated driver so I was safe. I don´t even think I changed my clothes I went straight to bed.

It could have been 30 minutes later or maybe hours, I woke up to his kisses on my neck and his hand in my undies. I said no. His bites start to be violent. It actually hurts, and his fingers try to get deeper. I say no again calling his name. He stops confused, how come I don´t want to have sex with him? Everyone else says I sleep around why can´t I do it with him too?! I was flirting with him earlier in the night. He tries again to penetrate me with his fingers, and I grab his hand screaming. “You disappoint me,” says looking me in the eyes. And finally, defeated, he leaves. I fell asleep immediately after.

It´s the next morning and I look at myself in the mirror again disgusted. No, it´s not a nightmare. I have no less than ten biting marks on my neck and they seem to mock me. He forgot his watch on the nightstand and his jacket. I don´t want to think of how long he was in the room and how did he actually get in. Too many questions but too ashamed to ask them. I wonder what I should do when my phone rings. It´s him asking me to bring him the jacket when I come to work.

I forgot about that. Not sure if it´s the hangover or the memories of his hands on my body or a mix of them both, it makes me throw up.

I never talked with him about this, I just brought him the jacket and the watch. And acted as if nothing happened.

I was told this so many times, and I kept saying that to myself for years. A guy just wanted to fuck me but he didn´t do it. No actual story behind it. I kept working with him for a few more years afterwards.

Watching Halsey´s speech during the Women´s March, I burst into tears. I still hate it when people tell me “I was lucky”. Maybe I was, but that was not the only time when the greedy hands of a man I knew grabbed me uninvited. And even now I don´t know what I should have done. It´s never the same but always hurts.

He Locked Me In His House For Five Days 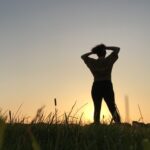 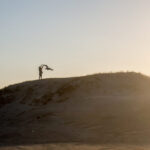 Why Doubting Yourself Is Part of Being Successful